I have often wondered how much better an open hilltop site (SOTA summit?) might be than my suburban home location. This is the results of an experiment to gather some preliminary data. The experiment was carried out on 19th October 2018 using the WSPRlte/DXplorer.net system. 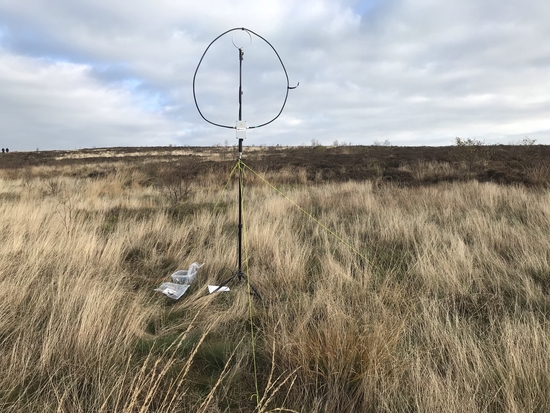 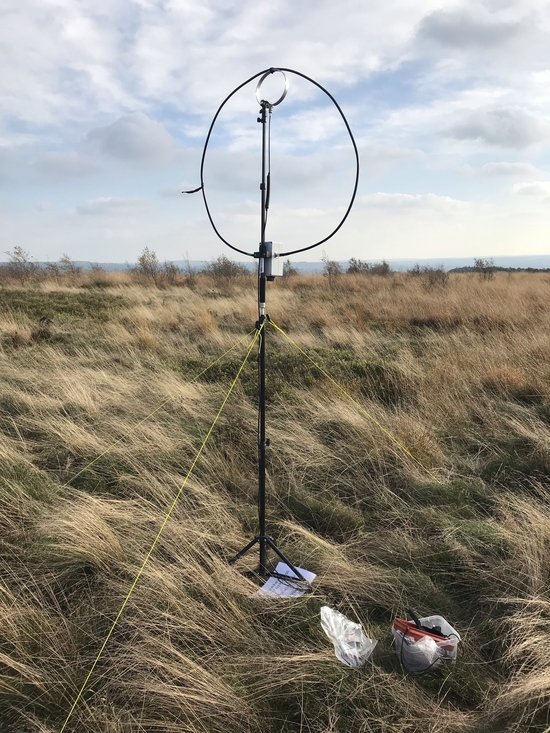 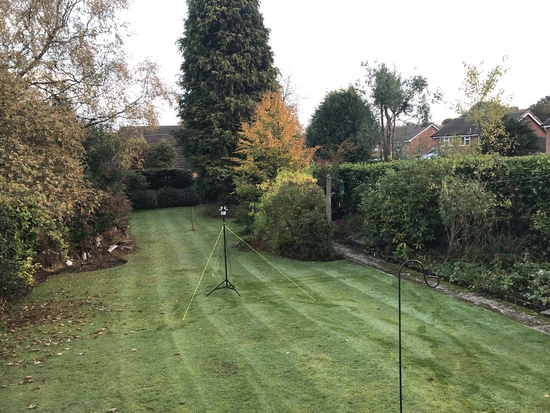 Two identical small transmitting loops were used at each site. These were 1.5 metres above the ground (measured to the base of the loop) and orientated so that their nulls were N-S. The loops were allowed to cool to ambient temperature before being adjusted for resonance (this is important where the loop is stores at room temperature as when it cools to outdoor ambient temperature, which was 5C on the test day, the tuning will drift).

Each loop was connected to a WSPRlite with a USB battery pack and keep-alive load. The WSPRlites were started at the same time to run synchronized (a feature of the WSPRlite system). They were started in the same location (suburban site) and one was transported transmitting into a load, to the hilltop site.The WSPRlites were set to the same power level (200 mW) and the frequency difference between them was 38 Hz.

The experiment was left to run for five hours. DXplorer.net provided the analysis in the form of a histogram. This only used simultaneous spot data which served to remove much statistical noise. Over the test period, a total of 118 simultaneous readings were gathered.

By eye the median is about 7 dB (the hilltop site being better than the suburban site). [Tip: right click and open the image in a new tab for a better view]

Within the constraints of the experiment, the hilltop site outperformed the suburban site by about 7 dB. Thus to equal a station running 100 Watts on the hilltop site, a station at the suburban location would need to run 500 Watts. These results are valid only on transmit. The hilltop site will also have a much lower noise floor - improving reception by an even greater margin. Without doing more experiments it is not possible to say if the difference is due to being on a hilltop or just due to the more open nature of the site.

Ideally, additional data would be gathered to give a more robust result.