Portable operators pick which antenna to use for a wide variety of reasons. Performance is often high on the list but it's by no means the only factor. This experiment compares the transmitting performance of two popular portable antenna sytems: an inverted vee dipole and a portable small transmitting loop. The experiment was carried out in carefully controlled conditions as described below.

Two synchronised WSPRlite test transmitters were used so all transmission reports were taken at the same times. Both WSPRlites were set to the same nominal power (200 mW).The equipment was set up and left while the results were gathered and analysed using DXplorer.net. It is important to note that the inverted vee dipole system had an 11dB attenuator in line. This was done to reduce the expected dynamic range needed for the readings to a few decibels. 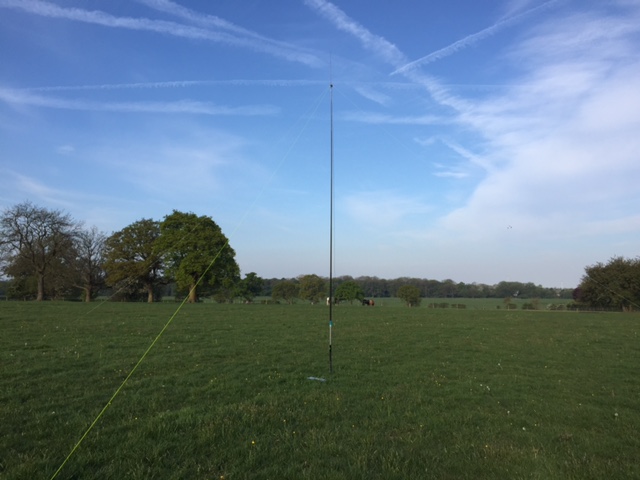 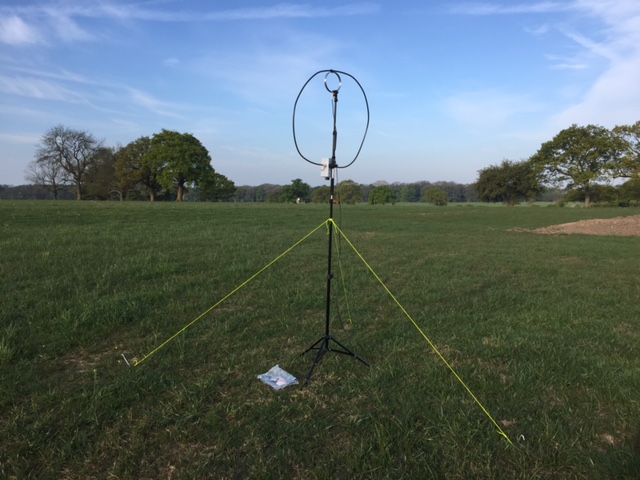 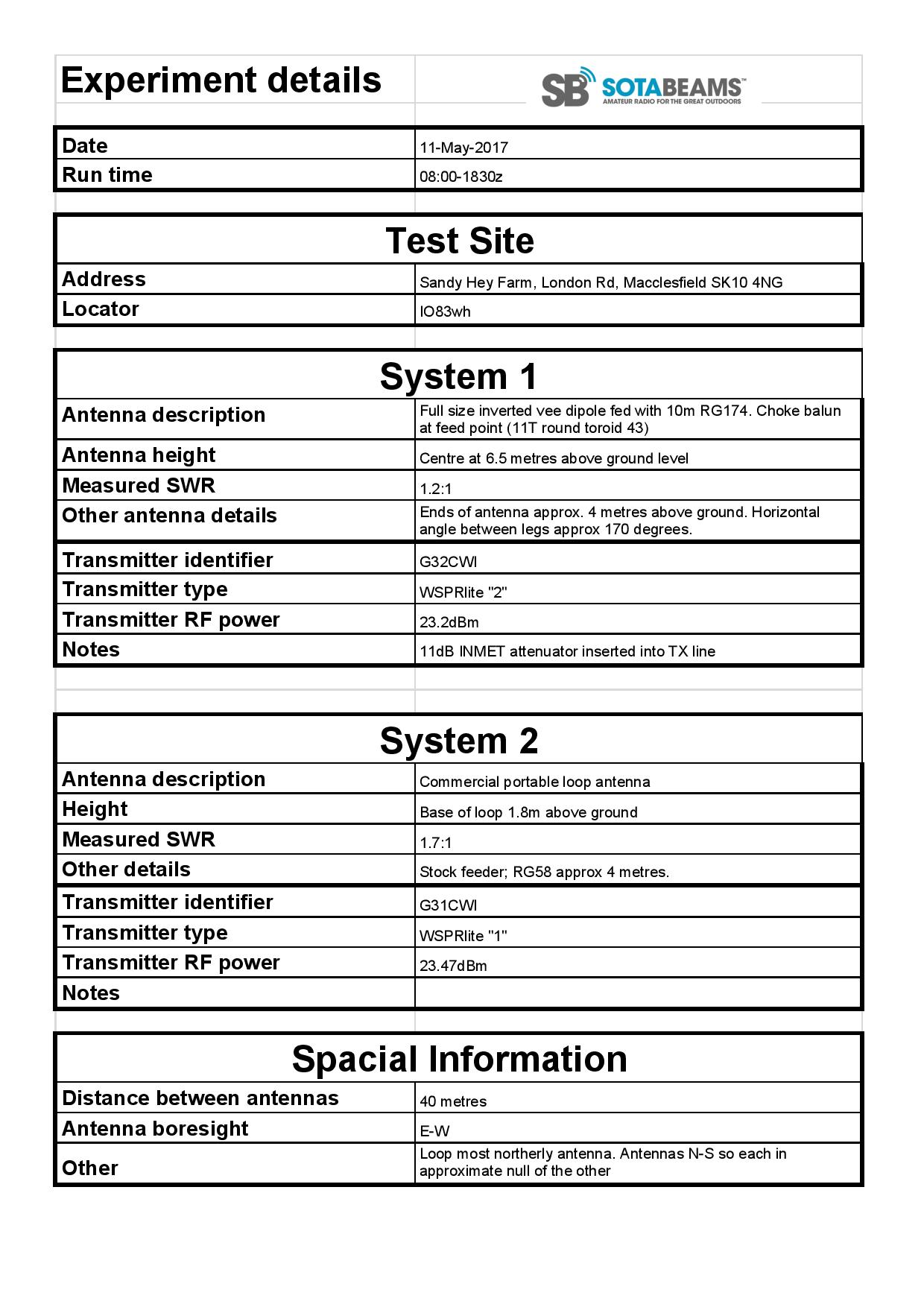 The histogram shows the distribution of all the simultaneous readings taken during the experimental period (N = 189). 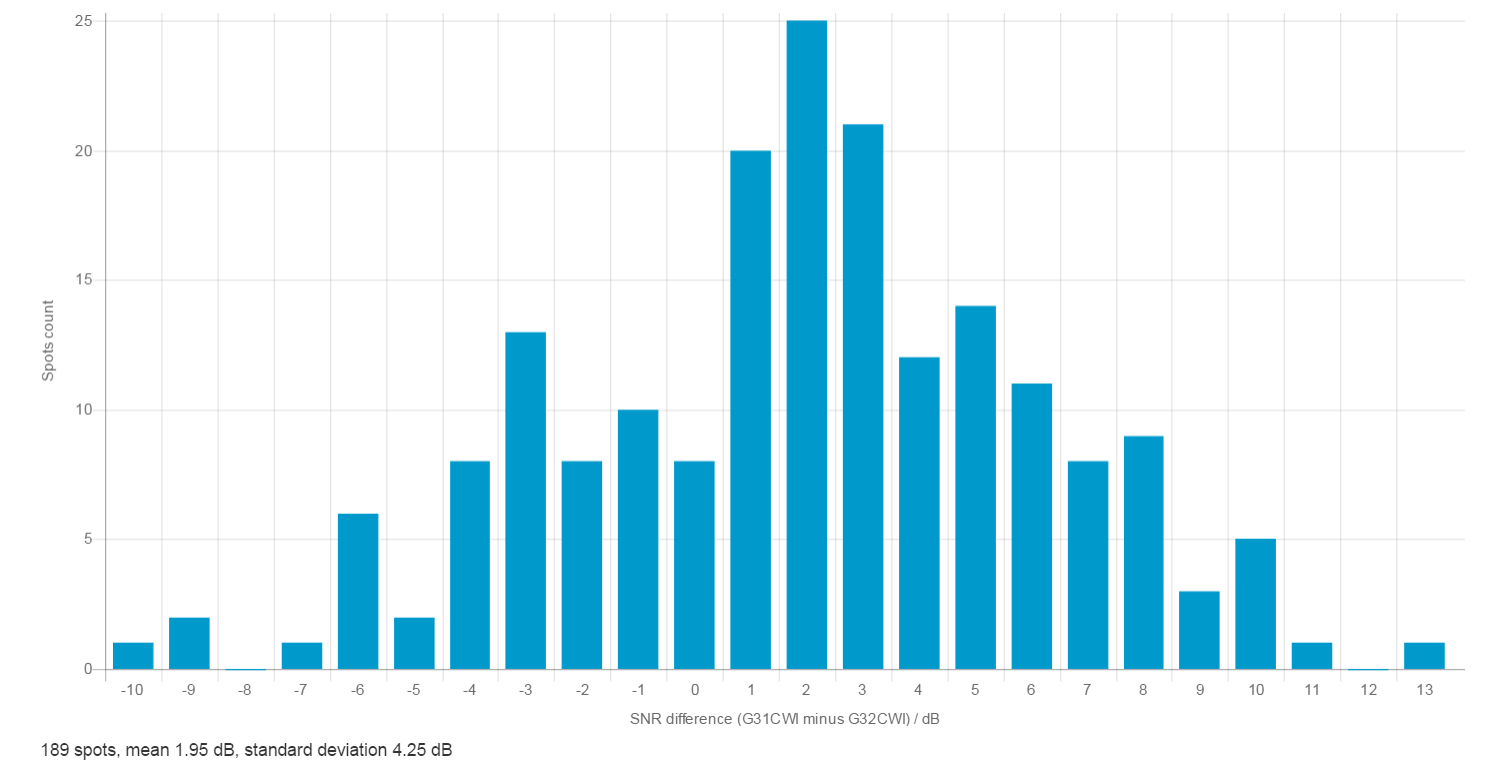 
The map show the locations of all the receiving stations. Green dots show stations that provided simultaneous reading. 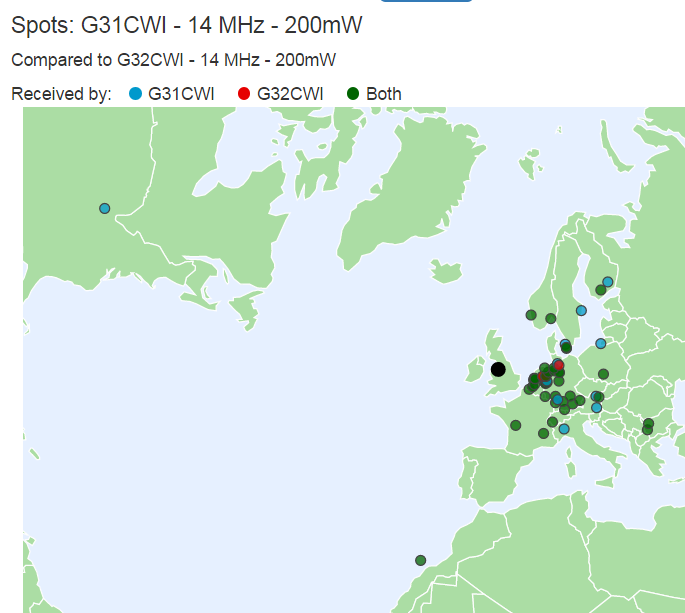 Band conditions during the experiment period were poor and so only 189 readings were taken.  The mean is approximately the same as the mode at 2dB. The Median is 1.5 dB. The shape of the distribution gives rise to significant uncertainty.

Using the Median (most favourable to the loop) suggests that the difference between the antennas is 1.5 + 11 + 0.27 = 12.77 dB. (accounting for the attenuator and power difference). It would be expected that a full-size dipole would out-perform a small transmitting loop.

Antenna experiments are prone to numerous sources of error and so must be interpreted cautiously. The antenna configurations tested are typical of a SOTA deployment, and the experimental results suggest that the Inverted V antenna is about 12.77 dB better performance than the small transmitting loop as tested.

NEC models suggest that the radiation efficiency of the Inverted V is around 68.2% or -1.66dB, and the small transmitting would appear to be about 12.77  dB lower at -14.43 dB or 3.6 %.  This is surprisingly low perhaps indicating some additional source of loss.

No practical HF antenna is 100% efficient, the important outcome of this experiment is that you can expect the Inverted V to be around 12.77 dB better than a portable small transmitting loop in similar situations.

1. The manufacturer of the loop gives a calculated efficiency of 39.754% at 14174 kHz. The calculation method is not shown.


2. The comparison above has not been normalized to account for the small differences in feeder losses as it was designed primarily to be a system-level comparison for typical portable configurations.