It seems that more and more US amateurs are restricted in their activities by regulations imposed by Home Owner Associations (HOAs) that do not allow external antennas. It is hardly surprising therefore that small transmitting loop antennas have become so popular. Such antennas are often:

All these factors reduce the possibility of regular solid HF contacts. While it is easy to calculate how efficient a small transmitting loop is, and the link between power and performance is well known, I wondered just what the penalty was of using an indoor antenna as opposed to an outdoor one. To investigate this I devised a little experiment. The methodology is by no means rigorous but it’s better than no experiment at all.

Everyone accepts that an antenna inside will be less good than a similar antenna outside – but how much is the difference?

Two identical Chameleon P-Loop small transmitting loops were used. One loop was mounted indoors by a glass patio door with a clear view outside to the north. The second antenna was mounted in our normal suburban garden, about 10 metres north of our house. The antennas were carefully adjusted for best VSWR on 7040 kHz. Both loops were the same height above the ground/floor and both were orientated in the same direction. 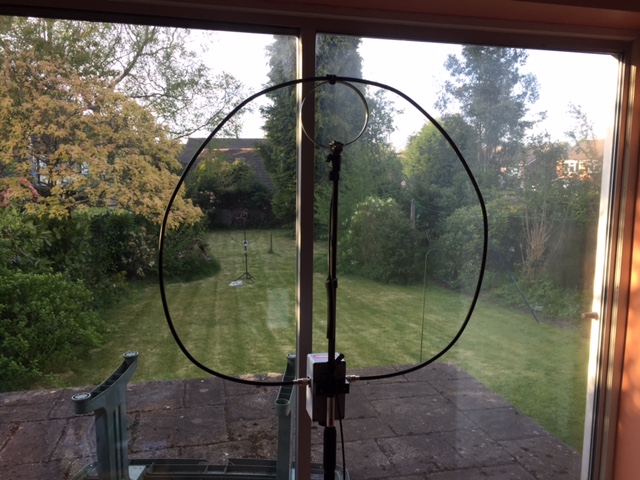 The indoor loop with the outdoor loop visible in the background

Both antennas were connected to identical 200mW WSPRlite transmitters. These were configured to run synchronously (both transmitting at the same time). Frequencies were assigned randomly within the standard WSPR allocation. The identifier G31CWI was used for the indoor loop. G32CWI was used for the outdoor loop.

Signal reports were collected using DXplorer.net. Date was analysed automatically. Only reports where both transmissions were received at the same time and by the same receiving stations were used in the analysis.

For 133 simultaneous readings the mean difference is -6.8 dB with a standard deviation of 2.5 dB 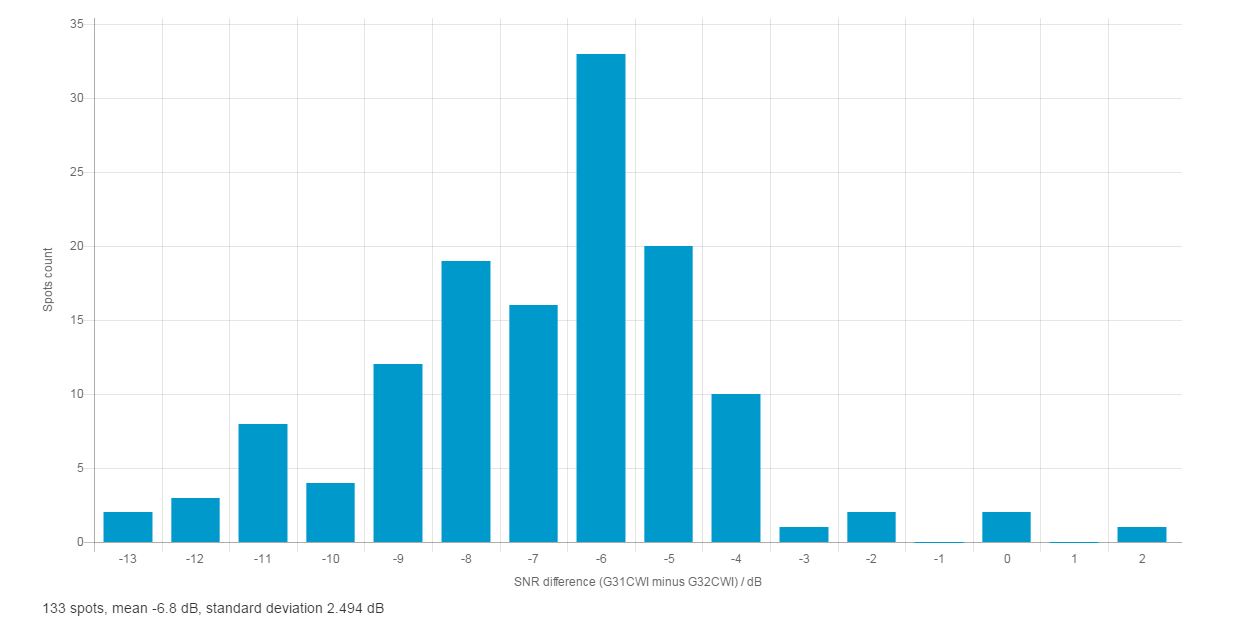 The DX10 graph at DXplorer.net shows the differences too. 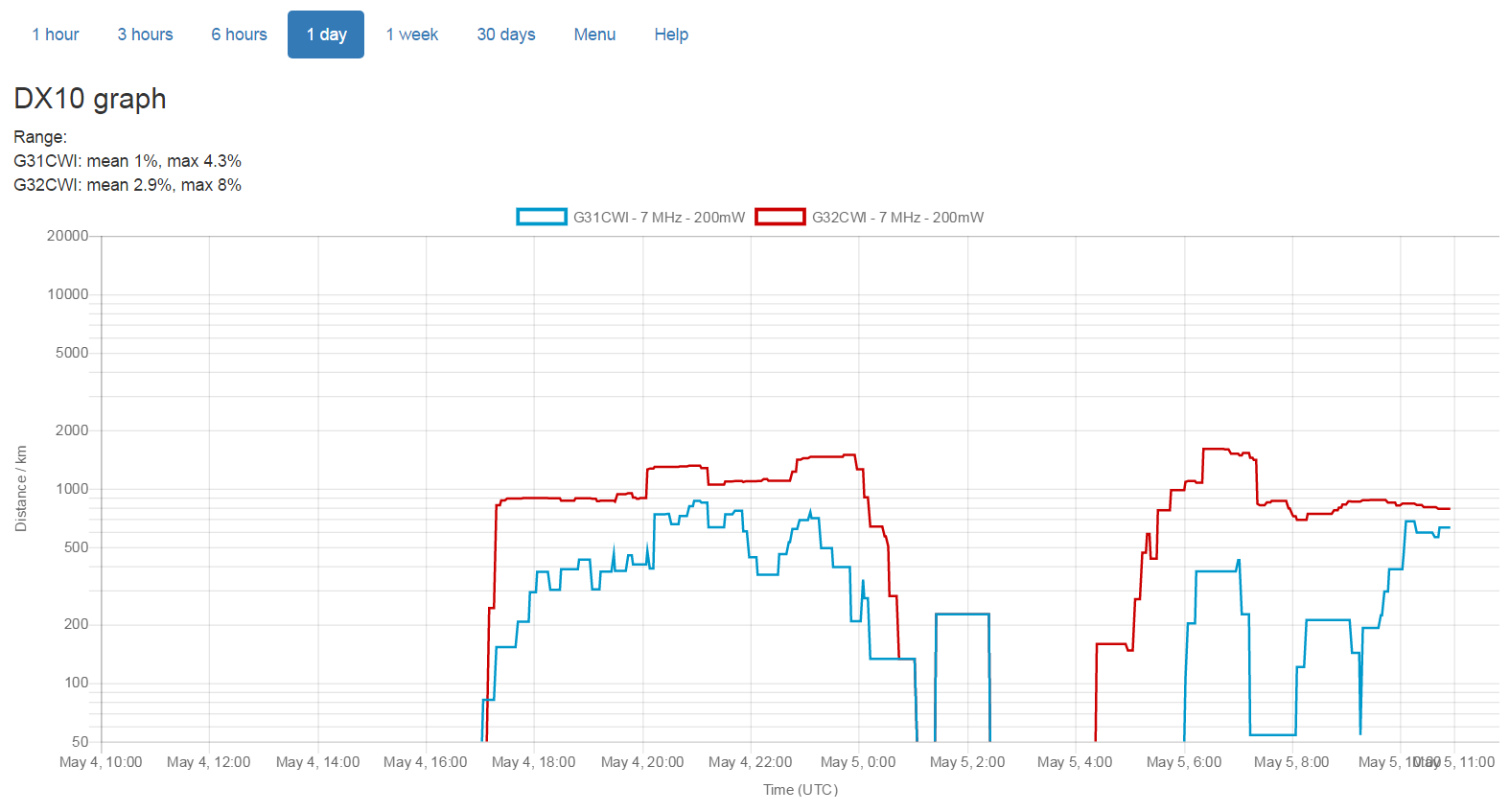 This is the result of one experiment with a small sample size (N=133) using one antenna type on one band and thus may not be universally applicable (it’s likely not). It does show that an antenna inside, even one close to a window is significantly compromised when compared to an outdoor antenna only a few metres away. The mean difference is a little under 7 dB, although as the standard deviation is 2.5 dB there is a significant degree of uncertainty.