Comparing HF antennas is not a straightforward task. Radio amateurs have used a variety of methods over the decades but few stand much in the way of scrutiny when it comes to examining their validity. Most of the problems stem from poor methodology, inadequate validation or insufficient data.

This experiment seeks to examine the validity of antenna testing using DXplorer.net.

Two identical antennas (Chameleon P-Loops) were erected in an open flat area. The area was clear of any obstructions. The antennas were 30 metres apart and orientated in the same way (approx. 064 mag). they were placed so that they sat in the predicted nulls of each other to reduce interactions. The base of the antennas were 1.2 m above ground level. Each antenna was connected to an identical WSPRlite. Both WSPRlites were set to 200mW, 30m band, 50% repeat rate. The experiment commenced at 1100 local and continued until 1545 local time (3.75 hours) 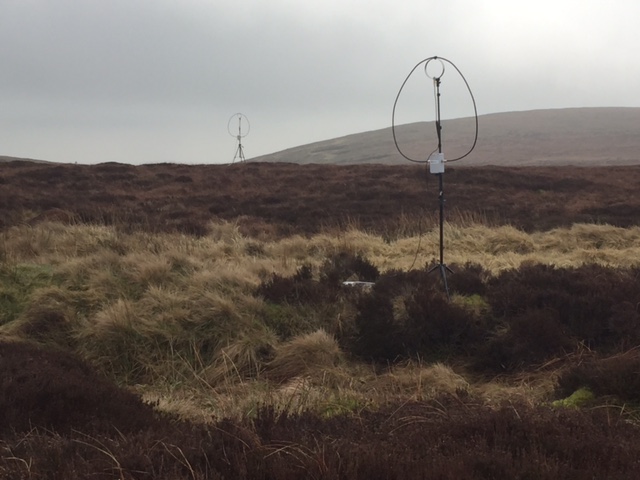 During the test period 1007 reports were gained from 24 separate receiving stations. Data was analysed in real-time using DXplorer.net. 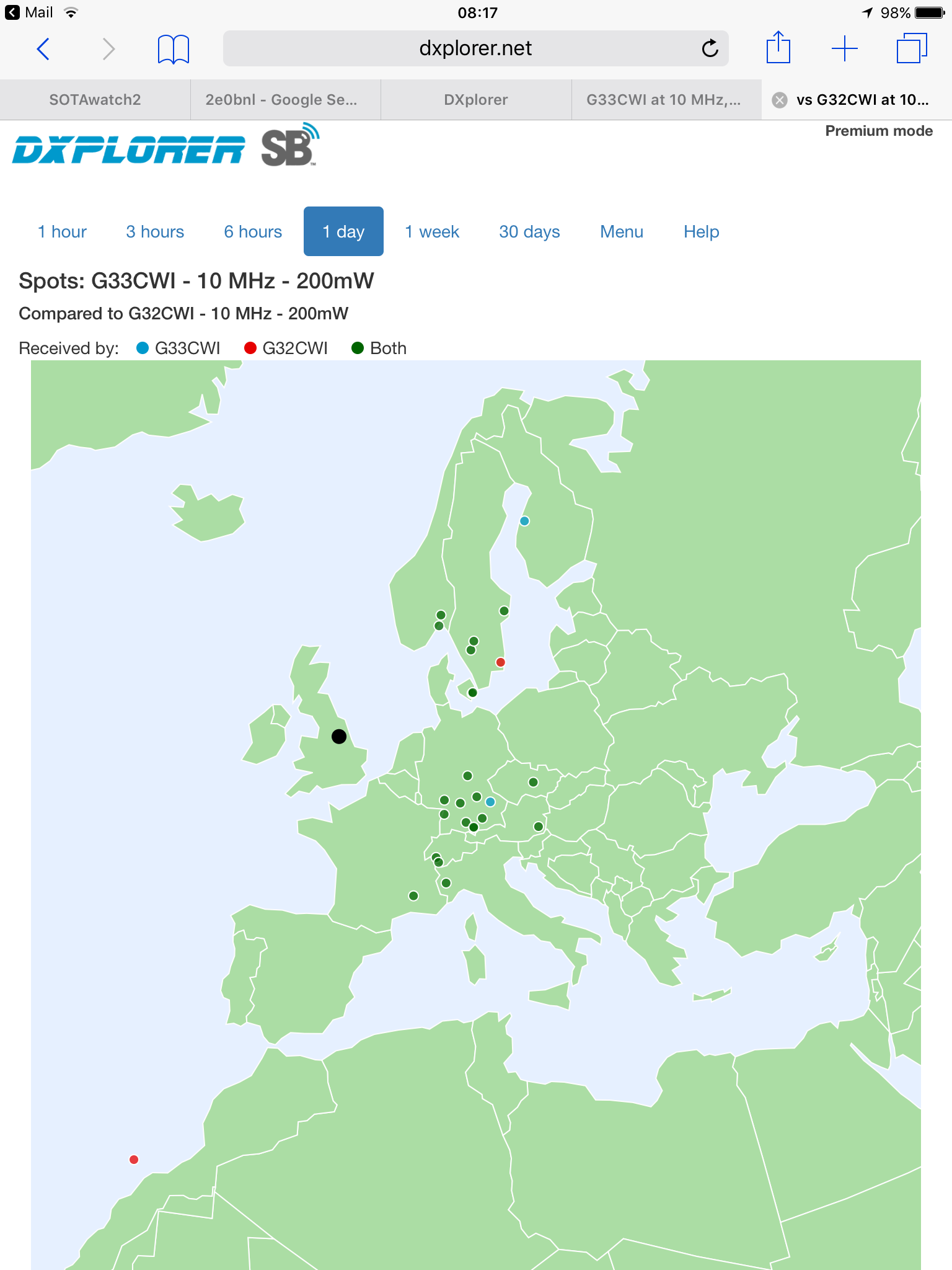 The DX10 metric is described here. 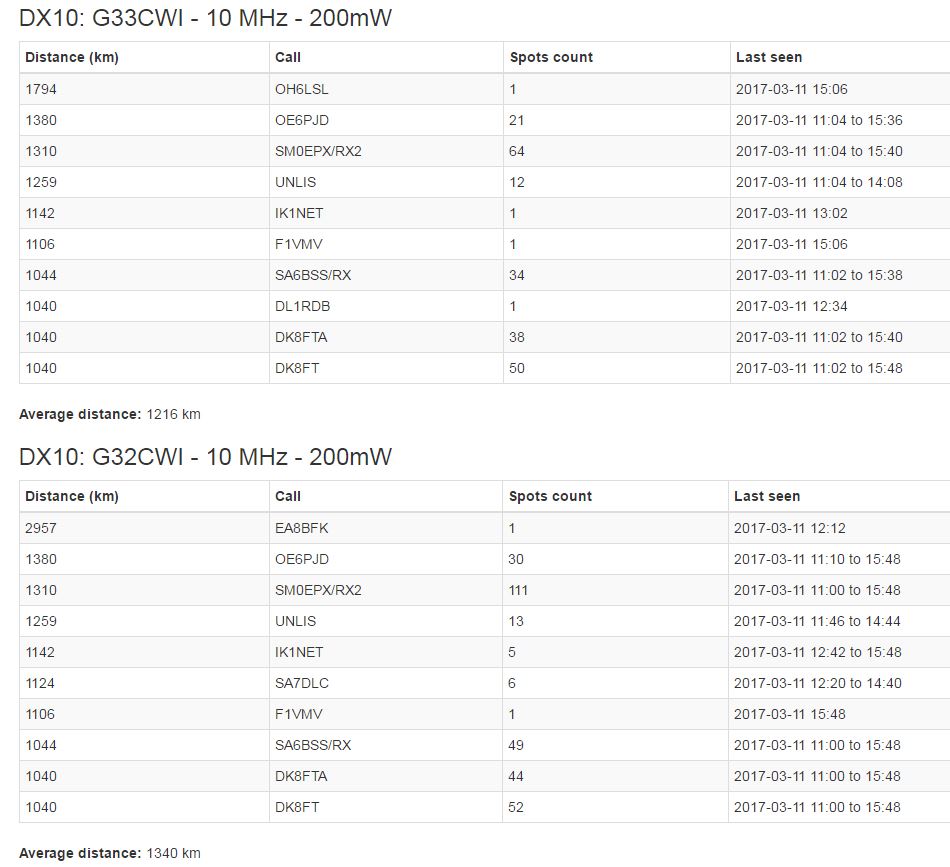 The average DX10 metric for the reporting period slightly favours antenna 1 (G32CWI). This is almost entirely due to the effect of the single report that this antenna received from EA8. The difference in the DX10 metric between the antennas is 10%.

The DX10 graph for the period shows the very close correlation for the antennas. The only divergence from this being the persistence period from 12:12-13:10 for the single EA8 spot (DX10 spots have a 1 hour persistence).

This experiment shows that DXplorer.net is a valid tool for antenna and site comparisons. While more validation tests will be needed, it will be possible to use it with some confidence for both antenna and site evaluation.