We aim to encourage, support and facilitate all radio amateurs to take their hobby to new places. We will achieve this through specialist advice, training and products. 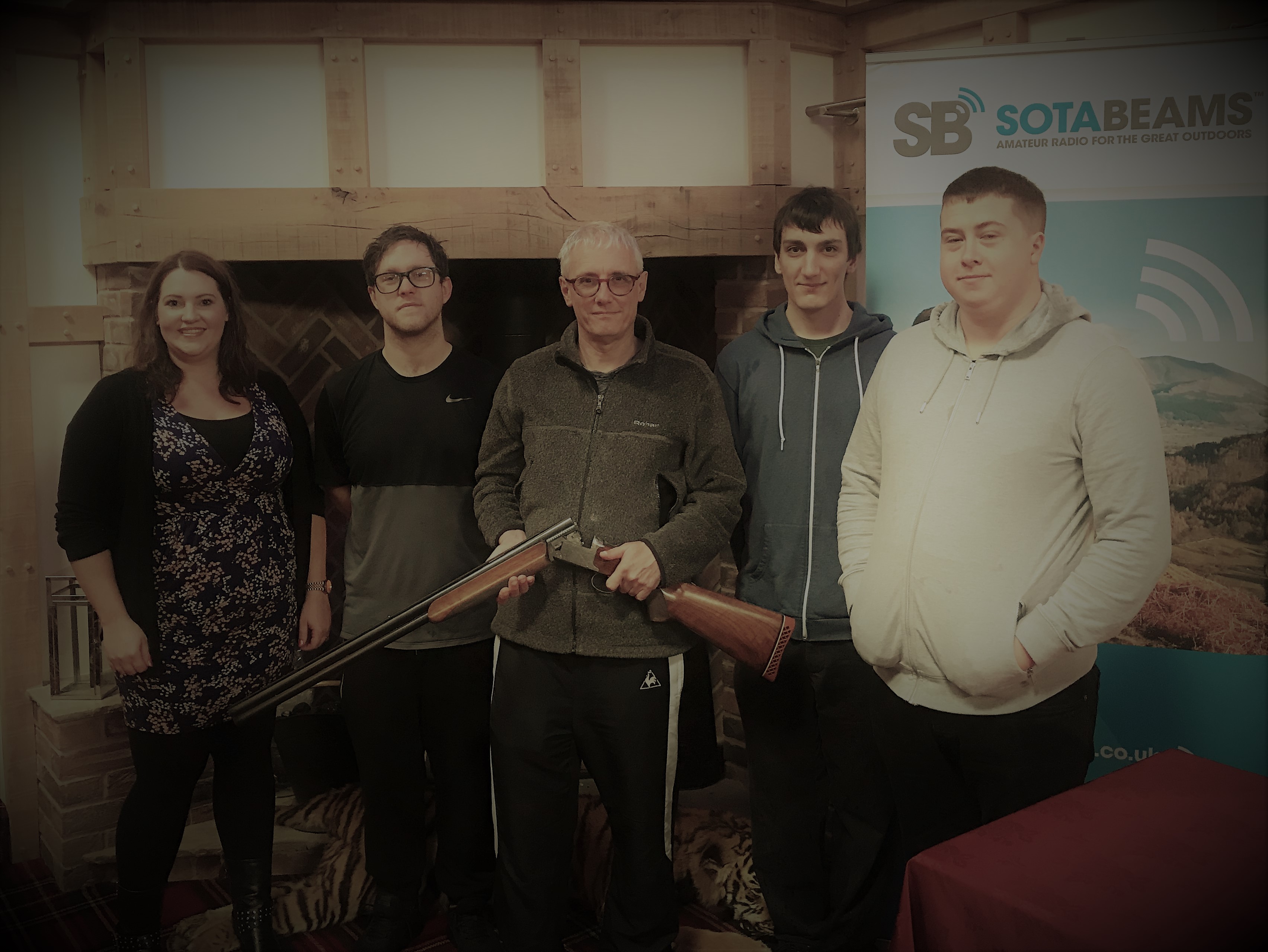 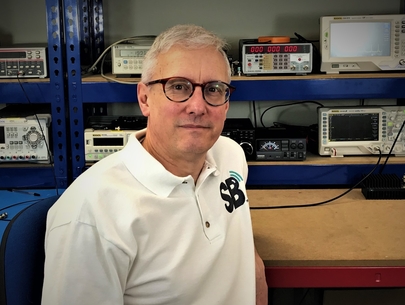 Richard G3CWI, the owner of SOTABEAMS, was interviewed for the QSO Today Podcast in 2018.

SOTAbeams was started almost by accident! Here is the story of Richard G3CWI and with it, the story of SOTAbeams.

Richard, G3CWI first became interested in portable operating even before he was licenced. His initial interest in radio goes back to when he was about 12 and started listening to the air band. This was an interesting passtime - especially as Richard lived very close to an RAF Fighter station that was actively involved in intercepting Soviet reconnaisance aircraft.

His interest grew, encouraged by his parents. His mother (now licenced as G4ZAY) had a brother who was licenced as the original G3CWI so amateur radio ran in the family. Richard's first "proper" radio receiver was a wartime R1155 and with it he soon ran across radio amateurs on 160m and 80m usually transmitting on AM in those days. The purchase of a 2m converter with a 2-4MHz IF was his first introduction to portable operating as occasionally he heard portable stations on the hills of Wales over 250 miles away. This captured his imagination and was to lead to a lifelong interest - and indeed to shape his professional career.

His school years were spent listening with his new (secondhand) Codar CR70a which opened up the higher HF bands to him. He also developed an interest in space communications, becoming an enthusiastic listener to OSCAR6 - along with a couple of friends from school.

At school Mr Millington, his physics teacher, decided to encourage this interest in radio and ran a course for the radio amateur's exam. Richard was also studying at the weekly meetings of the Norfolk Amateur Radio Club.

Due to his parents moving, Richard did not finish the course in Norfolk but took and passed the exam in his new home of Leicester. Singlemindedly he decided not to take out a Class B licence but went straight for the Class A licence, helped enormously by the mentoring of famous local amateur, John G3MYI. The class A licence required passing a 12 wpm Morse test which he took at Mablethorpe Coastal Radio Station. On passing he took over the callsign of his late uncle and became the second holder of the callsign G3CWI

Richard went on to study electrical and electronic engineering at De Montfort University (then Leicester Polytechnic). While there his radio hobby became something of an obsession and he operated in numerous HF contests with Leicester Poly, Oxford University Wireless Society (with old school friend James, G4EZN, at Cambridge University Wireless Society (he was sponsored by Pye Telecommunications and was a frequent visitor to Cambridge) and the Norfolk Contest Group, GB4ANT.

This was only part of the story though as he became a well known 160m DXer in the days of Stew Perry W1BB. Also, along with two school friends, he built a 70cm e.m.e. system with a 40 ft diameter dish. With this dish, Richard, James G4EZN and Nick G4JNX made the first 70cm contact between the UK and New Zealand.

After graduating he spent a year working in Cambridge in RF design but found the work a bit boring so he applied to joing the British Antarctic Survey as an Ionospheric Physicist. At the interview he was asked if he was willing to go "down south" as a Radio Officer instead. This was perfect for Richard as his main reason for going was to have a nice rare callsign - and Radio Officers got lots of lovely radios to use!

So in 1981 Richard set sail from Southampton to Antarctica. In the Falkland Islands he was able to negotiate to get the callsign VP8ANT. This as fitting as it linked his contesting at GB4ANT with his soon-to-be DX location of Rothera Base, Antarctica. Enroute to Rothera, Richard was able to activate the South Shetland Islands and South Georgia.

On arrival at Rothera, Richard's work included equiping and training all the scientific parties in the skills required for HF portable radio operating. Field parties often operated unsupported up to about 1,500 miles from Rothera. The distance combined with the rapidly changing HF radio conditions encountered in polar regions meant that communications were always a challenge. The base radio system was superb with huge HF antennas including a rhombic and a Vee beam some 450 metres in length. These antennas, together with 1kW RACAL transmitters ensured that VP8ANT was always a good signal!

Richard gained a reputation amongst his colleagues for being slightly eccentric. His interest in portable radio operations included using kite-borne antennas in the field - something that had not been done before. Antarctica is one of the windiest places on earth!

These were tense times. While Richard was in Antarctica, South Georgia and the Falkland Islands were invaded by the Argentinians. Richard played a small part in the conflict by providing communications at various points in the conflict. Perhaps the most exciting incident was when he had to pass the order to the Marines on South Georgia to engage the enemy. In doing so he claims to have started the war!

Forty thousand QSOs later, Richard returned from Antarctica to the UK. Taking a break, he set off for Australia. Buying a bicycle he decided to cycle from Perth to Sydney and so the exploits of VK6ARN began. His callsign was yet another nod to his earlier years in Norfolk.

Although he only carried a 2m handheld with him, Richard made lots of contacts, often from his tent, pitched in the bush. In Sydney, after cycling some 3,500km he met up with Martin G3ZAY. Together they set of for Lord Howe Island (VK9) in the Pacific where Richard and Martin did a DXpedition activation.

On his return to England, Richard resumed his career as an RF Design Engineer, this time with RACAL. Once again he found it too dull, so he transfered to their overseas installation and commissioning department. This was perfect work for a keen radio amateur and Richard held the callsigns JY8NT (Jordan) and V85NT (Brunei) as well as visiting many other exotic (and sometime dangerous) places. Brunei was especially important for not only did he get to use a rotatable log periodic on 80m with a 10kW transmitter, he also met his wife-to-be there.

Before getting married Richard was committed to working in Chile for a year. He made good use of his time as G3CWI/CE, activating several remote islands for IOTA. He was twice stranded on islands and thus developed a taste for sea urchins and mussels - as they were all there was to eat. He especially enjoyed Patagonia and frequently headed off alone into the largely un-mapped mountains and forest.

After his stay in Chile, Richard returned to Singapore to get married. Arriving back in England he again worked as an RF Design Engineer but again found it too dull so he embarked upon a new career in RF Systems Consultancy. In doing this he and Wee Wah moved to the North West of England. Here at last Richard had the chance to combine his enjoyment of the hills with his love of portable radio operating.

A long-time inspiration for Richard was a photograph of Wes Hayward W7ZOI operating portable in the seminal book RF Design for the Radio Amateur so portable radio operating continued to figure in his exploits.

Richard undertook many portable expeditions including a notable trip to the Mamores, a remote mountain range in Scotland.

This this trip was written up for the US-based Adventure Radio Society.

At the time Richard had set up and was running the European Adventure Radio Society, a job that he combined with a slightly unusual professional career, working in Palestine, Hong Kong and many other places. He also returned to University to gain a Masters Degree in Environmental Impact Asessmment which he needed to further his career as an Expert Witness. He was inducted into the Academy of Experts on the recommendation of several leading Barristers with whom he had worked.

It was this love of "adventure radio" that brought him to the attention of John Linford, G3WGV and led to the eventual formation of the popular Summits on the Air radio award programme.

Getting the right accessories and equipment for wilderness operating was not easy in those days and Richard discovered that importing items in bulk was often the only way. He funded his own purchases by selling off the rest and, almost by accident, SOTAbeams was born!