First published in the SOTABEAMS Newsletter 30 March 2018. If you like this article, why not sign up to our newsletter? It comes out about monthly.

In the most common situation of a dipole fed with co-axial cable the aim is to ensure that all the RF currents flow inside the co-ax; these are called differential currents. Unfortunately some RF will flow on the outside of the cable; this is called a common-mode current. This common-mode current can cause problems on both transmit and receive. On transmit, the outside of the feeder becomes part of the radiating system of the antenna. This means that RF currents and voltages are present on the outer of the cable. Problems that can arise are that touching or moving the coax can change the SWR. Additionally RF is brought back into your shack, potentially causing RF feedback problems and sometimes affecting computers connected to your radio (such as those used for data modes). On receive, the whole co-axial feed-line acts as a long-wire antenna bringing RF noise into your shack. In both cases, because the feed-line is now part of the antenna system, the radiation pattern of the antenna is modified. These effects, caused by the common-mode currents, are undesirable.

There are two types of balun, Voltage baluns and current baluns. Voltage baluns produce a balanced voltage at their output and current baluns produce a balanced current. Current baluns are the most commonly used balun type and consist of a transmission line wound as a choke (inductance). At HF, common mode chokes often consist of a transmission line wound round some sort of ferrite core (a rod or toroid). For a balun to work effectively it must have a high impedance for common mode currents but a low impedance for differential mode currents. A rule-of-thumb is that a balun should have an impedance of not less than 10 times the transmission line impedance across its operating frequency range to be effective. However, like many rules-of-thumb, this is misleading. The impedance needed depends on the degree of common mode attenuation required and on the impedance of the feed-line at the point that the balun is being used. As the feed-line, in the case of common mode currents, is the outer of the co-axial cable, its impedance will not be related to the impedance of the co-axial cable itself. In such a case the feed-line is most appropriately modelled as a single wire.

All common-mode chokes have losses. Indeed these losses are essential to their operation. Common-mode currents are often dissipated as heat in the balun core. If a balun is getting hot it indicates an unbalanced system and/or an inadequate balun design. This heat is lost RF power and thus it makes sense to design your antenna system to minimise common-mode currents. A good balun will have a low loss for differential currents (the type of current that we generally want!). 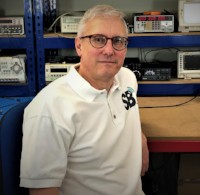 First published in the SOTABEAMS Newsletter 30 March 2018. If you like this article, why not sign up to our newsletter? It comes out about monthly.